The Castle of Zakynthos 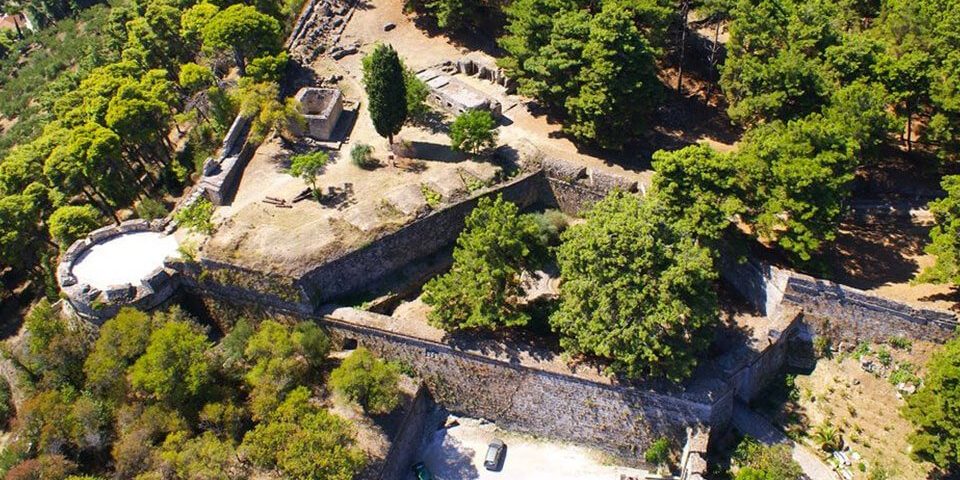 On the top of the Bochali hill rising over the island’s capital stands the Castle of Zakynthos.

It was occupied and destroyed by the Turks in 1479. In 1503 the Venetians who dominated Zakynthos, started building a fort, of which only a part is preserved today, bearing fitted heraldry carvings and the winged lion of St Mark. The recurring large-scale earthquakes throughout the 16th and the first half of the 17th century destroyed the fortification works, which consequently were often rebuilt.

The construction of the fort’s walls and fortifications were completed in 1646 by Venetian engineers and local workmen, with extreme care and durable materials. That’s when the main cobbled road was built, that reached the shore, the well-known Strada Giustiniana, the Sartzada as it later came to be known. A significant intervention for the conservation and repair of the walls, as well as the fort’s buildings, also caring for the water supply and sewage system, was performed by the English in 1812, when they ruled the island. The visible monuments which were revealed during the latest excavations are dated to the Byzantine times up until the British rule period (orthodox and catholic churches, state prisons, two gunpowder storages, a sports field, a military quarter, and headquarters). The exact location of other public buildings mentioned in sources, such as the nursing home, the hospital, the library and the theatre – built in 1750, when the first play ever, the Persians by Aeschylus, was presented on Zakynthοs – is not known.