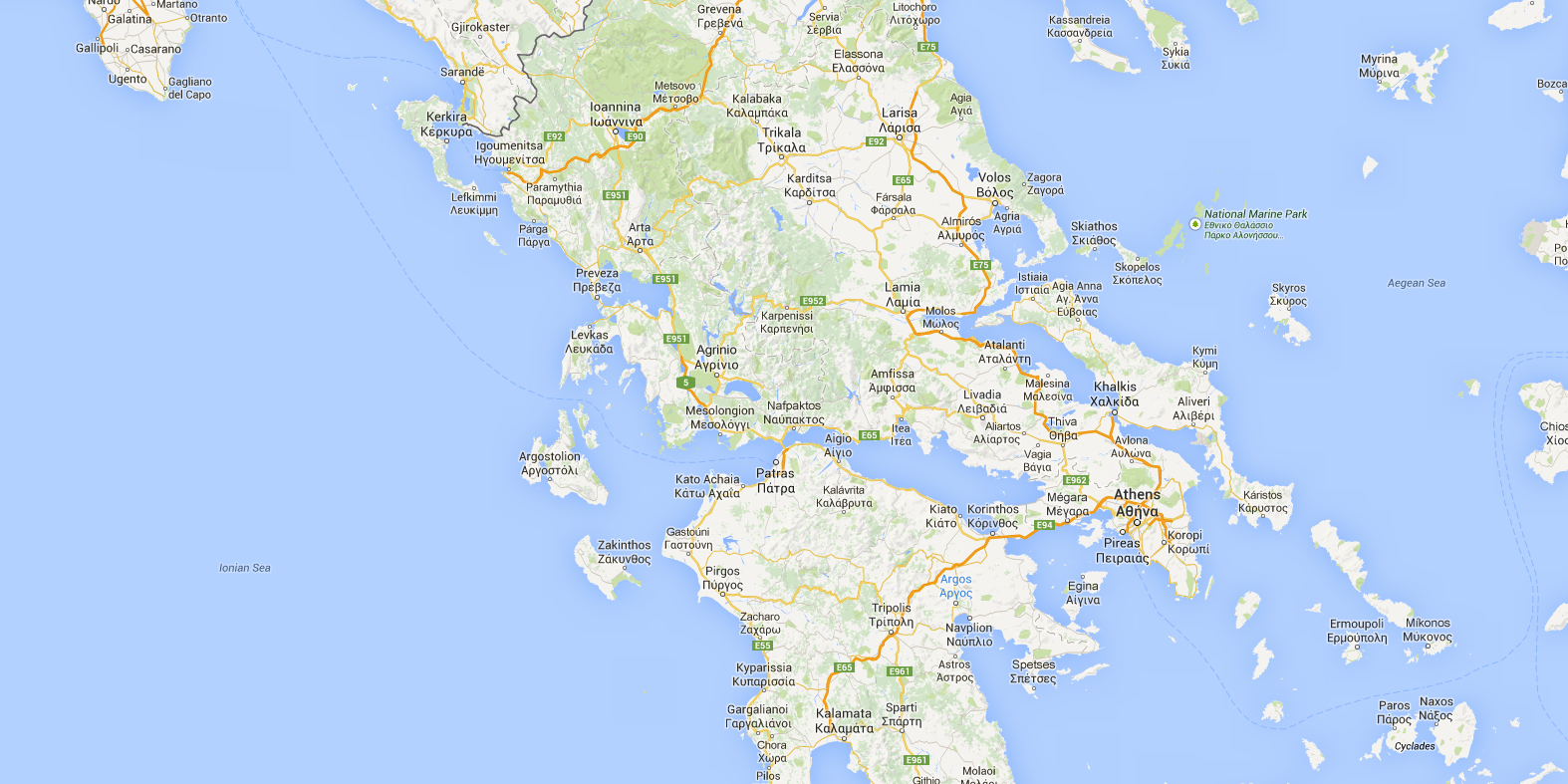 Zakynthos lies in the eastern part of the Ionian sea, around 20 kilometres (12 miles) west of the Greek (Peloponnese) mainland. Island of Kefalonia lies 15 kilometres (9 miles) on the north. It is the southernmost of the main group of the Ionian islands (not counting distant Kythira). Zakynthos is about 40 kilometres (25 miles) long and 20 kilometres (12 miles) wide, and covers an area of 410 km2 (158 sq mi). Its coastline is approximately 123 km (76 mi) long. According to the 2011 census, the island has a population of 45,650. The highest point is Vrachionas, at 758 m.

Zakynthos has the shape of an arrowhead, with the “tip” (Cape Skinari) pointing northwest. The western half of the island is a mountainous plateau and the southwest coast consists mostly of steep cliffs. The eastern half is a densely populated fertile plain with long sandy beaches, interrupted with several isolated hills, notably Bochali which overlooks the city and the peninsula of Vasilikos in the northeast. The peninsulas of Vassilikos on north and Marathia on south enclose the wide and shallow bay of Laganas on the southeast part of the island.

The capital, which has the same name as the prefecture, is the town of Zakynthos. It lies on the eastern part of the northern coast. Apart from the official name, it is also called Chora (i.e. the Town, a common denomination in Greece when the name of the island itself is the same as the name of the principal town). The port of Zakynthos has a ferry connecting to the port of Kyllini on the mainland. Another ferry connects the village of Agios Nikolaos to Argostoli on Kefalonia.

Minor uninhabited islands around Zakynthos included in the municipality and regional unit are: Marathonisi, Pelouzo, Agios Sostis in the Laganas bay; Agios Nikolaos, near the eponymous harbor on the northern tip; and Agios Ioannis near Porto Vromi on the western coast.

The mild, Mediterranean climate and the plentiful winter rainfall endow the island with dense vegetation. The principal products are olive oil, currants, grapes, and citrus fruit. The Zante currant is a small sweet seedless grape which is native to the island.

Bay of Laganas is the site of the first National Marine Park and the prime nesting area for loggerhead sea turtles (Caretta caretta) in the Mediterranean. In the early 1980s, the Bay of Laganas was seriously threatened as a nesting habitat, but thanks to the efforts of MEDASSET founder and president Lily Venizelos it could be preserved. Caretta caretta is an endangered species – especially by the deck chairs laid out on their breeding grounds and the inevitable pollution. Every year at the beginning of June, the female turtles come to the southern beaches in order to bury their eggs in the sand. The incubation period for the nest is approximately fifty-five days, after which time hatchlings emerge from the nest and make their way to the sea. The survival rate for hatchlings is very small, and it is estimated that only one in one thousand hatchlings that enter the sea lives to adulthood. Each nest contains around one hundred to one hundred and twenty eggs, each of which are around the size and shape of a ping-pong ball. Female turtles begin to lay nests at around twenty to thirty years of age.