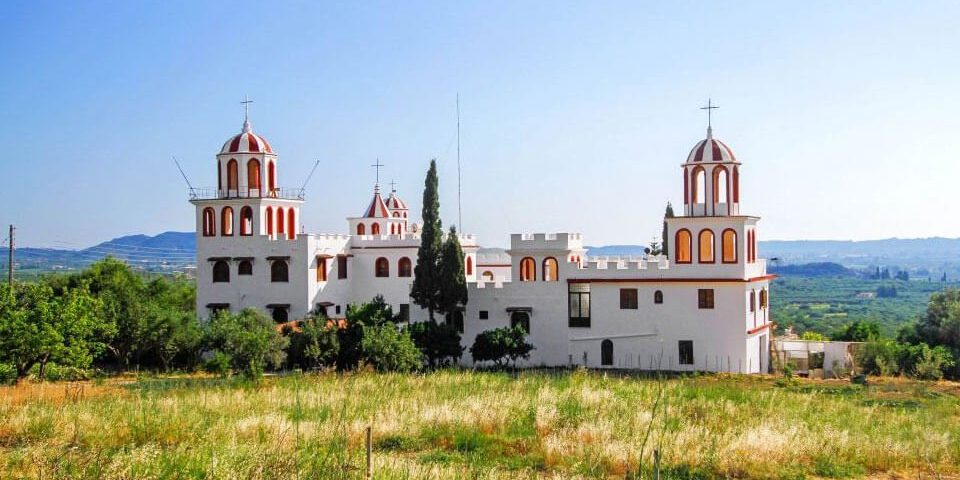 The Monastery of Eleftherotria is located in the area of Lagopodo at Macherado. The exterior looks more like a castle than a monastery and the towers battlements are very characteristic so as the white and red of the windows and arches of which the building consists. The view from the monastery is toward the plain of Zakynthos and you are charmed by the rich vegetation.

The Eleftherotria Monastery it was probably founded in the 15th century by Leonardo III de Tocco, Comet of Kefallinia and Zakynthos. The monastery is in great prosperity at the end of the 15th century. It was owned by Venice who gave it to prominent priests and non-priests. The invaluable historical and artistic relics of the monastery were embezzled by foreigners and locals, in different historical periods.

In 1580 Saint Dionysios, as abbot of Anafonitria, hid in the monastery and saved from his persecutors the murderers of his brother (it is said to be the reason for his holiness). The monastery was renovated in 1669, following two decrees by the Archbishop of Venice, Francis Morosini.

Today it is a nunnery and is possible to visit inside.