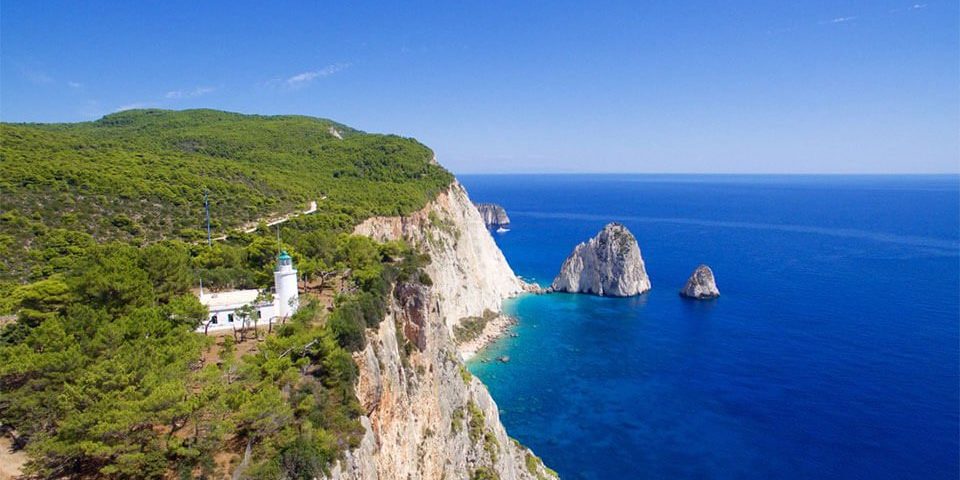 The Keri Lighthouse is 1.5 km away from the village of Keri. The lighthouse is built 200 m over the sea, on the edge of the cliffs, fenced with a stone wall and barbed wire and the area inside the fence is smooth and safe. There is a dangerous cliff outside the fence. There are pebble and sand beaches 10 minutes away.

The building is round floor house consisting of one hallway, three bedrooms, a living room and kitchen, covering an area of 27.70 m2. The tower stone-built, internally circular, 2.20 m in diameter and 7.30 m high. Near the house there is an auxiliary house with a brick wall consisting of a storage room and a bathroom.

It first operated in 1925 with oil as its energy source, with a characteristic of three white flashes per 10s and a light range of 23nm. During World War Two the lighthouse remained off. In 1954, in the context of the reconstruction of the Lighthouse Network, it re-operated as a supervised source of oil. In 1982 the lighthouse was electrified, the oil machines were replaced and it operated as a supervised electric one.