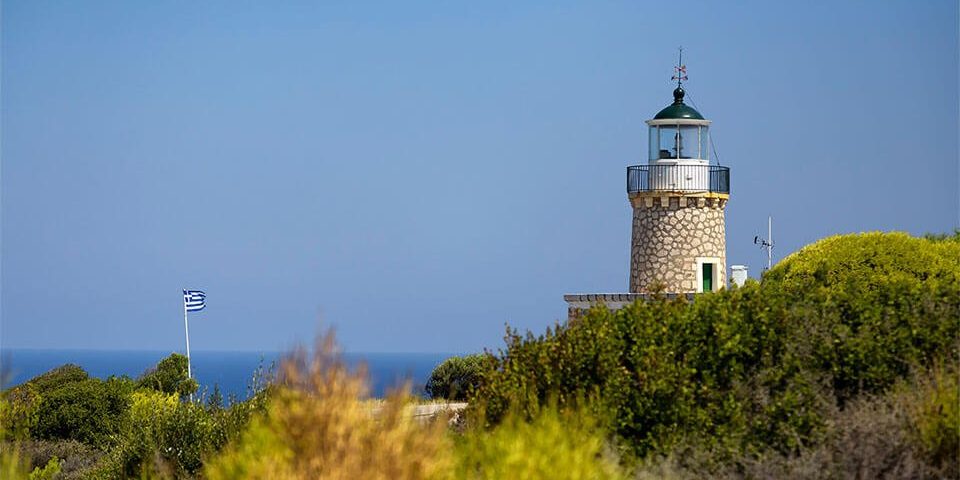 The Skinari Lighthouse was manufactured in 1897. Located near Korithi above Cape Skinari, which has a magnificent set of arches and blue caves.

The building is a ground floor house with a hallway, three rooms, a kitchen, a WC and two storerooms, covered area of 103m². The tower is a stone-built, with an external and an internal circular shape of 1.60m diameter, 9.5m high and is located at the northwest point of Zakynthos at a focal height of 66m.